RSS
← Previous Post
Local Salamanders… and a bit more. →
13 May

The Valley Field is looking verdant; a dry summer will leave it looking browner and more 'dog-eared', but at least for now it's in its glory.

Wolf spiders scurrying across the ground in search of prey. This one probably spent the winter beneath the snow, and one sometimes even sees them out and about atop the snow on warmer winter days.

A Chlaenius Ground Beetle - this is a photograph from a previous spring and may be a different species, but this is the general model: shiny, green, with lots of scurry in its legs. 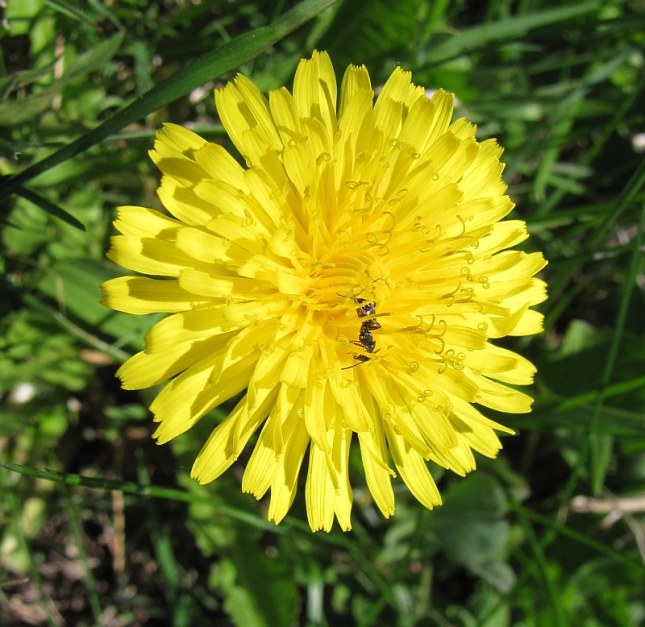 These ants were apparently out harvesting nectar from the dandelion flowers; there were many dandelions and many ants. 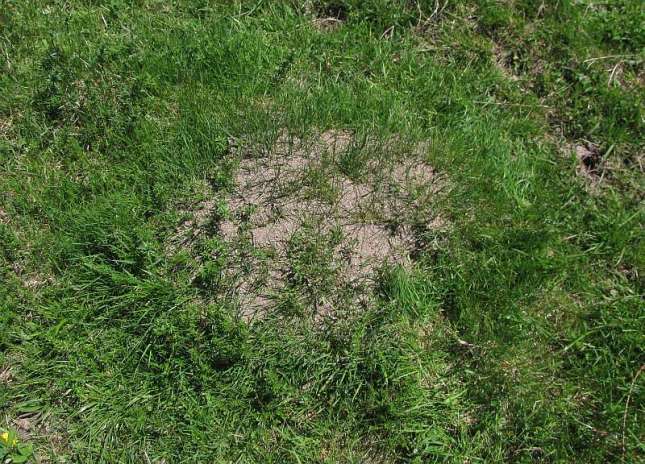 Ant mound - this may have been the home-base for the ants which were out amongst the flowers. Many of the Formica ants are mound builders; one tends to find their nests in open, drier areas that are rarely mowed... a somewhat uncommon habitat, especially off farms.

Ants weren't the only ones on the Dandelions. This Spotted Lady Beetle was probably snacking on pollen. Unlike the Lady Beetles which, on warm, early spring days, seem to appear in our houses via spontaneous generation, this is a native species.

A botanical interlude - a pale form of the Marsh Violet, future food of Meadow Fritillaries?

Pearl Crescents can become very common later in the year. This is a 'fresh' individual (i.e., newly hatched) - notice the bright colors and untattered wings. We used to have another species of Crescent in the area, the Tawny Crescent, but it is apparently now regionally extinct.

Red Admiral - a frequent migrant. And no, the fleabane aren't yet flowering, this is an autumn shot from the files, but it gives you a good idea of what this species looks like. This particular individual may have even hatched in our area, but reportedly they don't overwinter with us, and so the first progenitors of each season (the ones we're seeing now) must arrive from elsewhere.

This is called an Anteater Scarab Beetle or, more scientifically, a species of Cremastocheilus. I found it being hauled over the grass by a pair of ants. I picked it up expecting it to be 'dead meat' that the ants had scavanged. Surprisingly, it seemed to be healthy. It turns out that these beetles lay their eggs in ant nests, where the larva develop and eventually begin to prey upon the ants themselves. Their mode of entry into the nest? It seems the ants mistake them for food and haul them back to their nest themselves. This one may have thus been a mother getting a lift by some unsuspecting future hosts. Thanks to Harry Zirlin and bugguide.net for the ID. 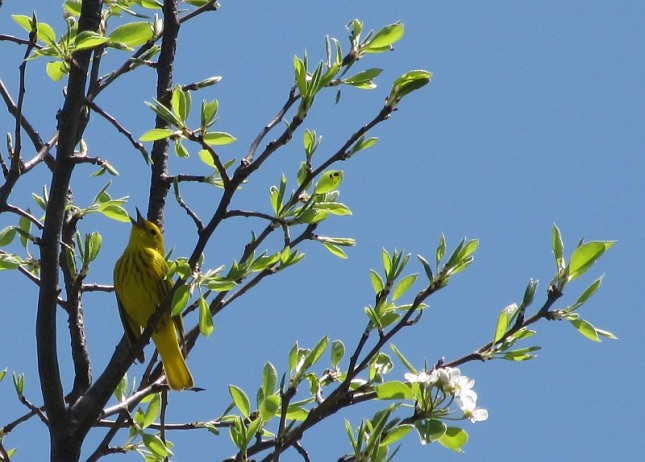 What could say "Spring" more than a Yellow Warbler singing away in a blooming Apple tree? These warblers are common in our hedge rows and brushy pastures; learn their song, and you'll find you hear it almost everywhere about the Farm.